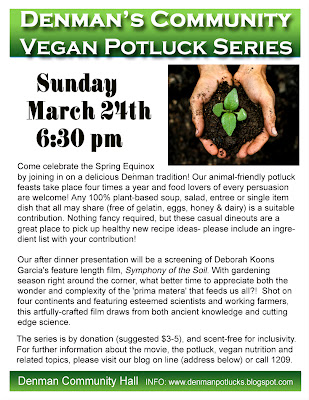 The potluck series has been bringing islanders together to enjoy delicious smorgasbords that all may share- and celebrating animal-friendly dietary choices that help reduce one's ecological footprint- since the mid 90's. It's a great place to pick up new recipe ideas and to meet new islanders, too! Food lovers of every persuasion are always welcome. Any 100% plant-based salad, entree, dessert or single item dish (excluding eggs, dairy, honey and gelatin, please) is a suitable contribution.

Our after dinner presentation this month will be a screening of Deborah Koons Garcia's fascinating documentary, 'Symphony of the Soil'. With gardening season right around the corner, what better time to appreciate both the wonder and complexity of the 'prima matera' that feeds us all?! This artfully crafted film draws from both ancient knowledge and cutting edge science. By understanding the elaborate relationships and mutuality between soil, water, the atmosphere, plants and animals, we come to appreciate the dynamic nature of this precious resource. Shot on four continents, featuring esteemed scientists and working farmers, 'Symphony of the Soil' highlights possibilities of healthy soil creating healthy plants creating healthy humans living on a healthy planet."

This movie covers a lot of ground, so to speak, and does present veganic (stock-free) agriculture techniques like green manure cover cropping for the building of soil fertility. But it doesn't expand upon the growing movement of farming without the incorporation of livestock for brown manure fertilization, and so a clarification is called for here. Comments made in the last issue of the Flagstone by another writer, advocating for the inclusion of livestock as necessary for soil fertility ("no matter how small your property"), were mistaken. "Animal-free" is not the same as "stock-free", and veganic growers and farmers do not need to be convinced of the importance of keeping levels of SOM (soil organic matter) high. 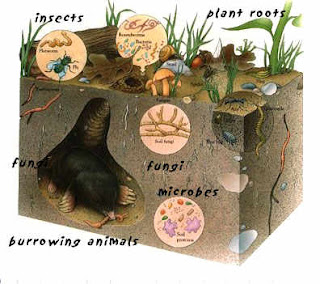 In fact the goal of an organic stock-free growing operation is always to encourage biodiversity (both above and below the ground). A single teaspoon (1 gram) of rich garden soil can hold up to one billion bacteria, several yards of fungal filaments, several thousand protozoa, and scores of nematodes...in short, it is indeed already teaming with 'animal life'. But the organic matter needed to feed that life originates with plants (and photosynthesis) so need not first pass through the body of a domestic animal to benefit the soil. Seeded cover crops can feed arable land directly as well as help sequester carbon; plant compost and mulch encourage worms and beneficial insects, also avoiding the additional methane farm animals contribute to the atmosphere and potential damage to soil structure. It should be remembered that livestock require adequate food, water, space, shelter, protection from predators, veterinary care, humane handling from birth through death, and their remains properly disposed of. Readers can find indepth information on stock-free growing around the world through DIVA (www.veganiculture.blogspot.ca)  included on the Hornby/Denman Growers and Producers website.

This Spring Equinox marks the 29th anniversary of International Meatout, the world's largest annual grassroots diet education campaign. Since it's inception in 1985 by FARM, a nonprofit public interest organization which advocates plant-based diets on behalf of animals, the environment, and human health, a growing number of mainstream health advocacy organizations have launched their own campaigns promoting plant-based dietary choices, and some meat consumption has been dropping. In the US, national beef and veal consumption have dropped by 25% and 70%  respectively. 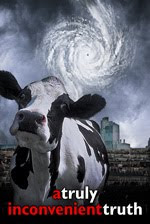 However the myth that optimum human health normally requires including animal products in the diet persists in many quarters (much the same way that people remain convinced that you'll have 'depleted' soil without domestic animal inputs). Meat in particular is still falsely associated with the patriarchal notion of strength, virility and power, leading to an increased desire for its consumption wherever economic growth in the world provides more people greater privilege of choice. This means even more factory farms, not less! The notion that occasional meat consumption for elite consumers in 2013 is a 'benign extravagance' should not be confused with any kind of real sustainability on a finite planet of seven billion people and an estimated two billion cows. Upholding the status quo is utterly counterproductive, given that the impact of animal agriculture on global climate change alone is now considered as great or greater than all transportation combined.

One of the goal's of the Vegan Potluck Series over the last two decades has been to raise awareness about the consequences of our collective food choices.To that end this potluck blog is a local resource with extensive references for islanders and others interested in researching information about the many merits of foregoing meat and other animal products. Included on the righthand side of this page are links to scientific peer-reviewed nutrition studies that help separate fact from fiction when it comes to anti-vegetarian backlash, and popular animal product-heavy dietary fads like the Blood-Type diet, Atkins diet, Weston A Price Foundation diet, related Paleo diets, and other variations on this theme. 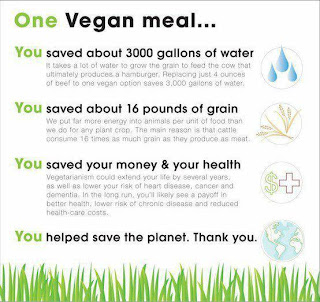 Another link list provides more food for thought concerning animal agriculture's impact on global warming, and the need to move away from unsustainable dependence on meat-centric dietary norms much more rapidly if we want to help address global hunger and the consequences of increasing numbers of environmental refugees. Some of these articles call into question the shortcomings of the locavore movement by highlighting the greater importance of eating low on the food chain than sourcing an all local diet when it comes to reducing our ecological footprints, thinking globally and acting locally.

You'll also find a list of films shown previously at the Potluck Series now available for loan by donation to anyone interested in private viewing. Included is Deborah Koons Garcia's last documentary, 'The Future of Food' (2004)- an excellent expose on the history and technology of genetic engineering.

Sunday, March 24th, dinner gets underway at 6:30 pm in the back hall, with the fabulous 'Symphony of Soil' to follow. Our now quarterly potluck events are designated  'scent-free' for the comfort of members of our community with chemical sensitivities, and admission is by donation (suggested $3-5). For further information call 1209.

Thanks a lot for presenting this inconvenient truth. There is much to keep in mind. By the way, if you are looking for more arguments, at special-essays.com you will find what you need. Here the coupon code to save your money g6oa39rW